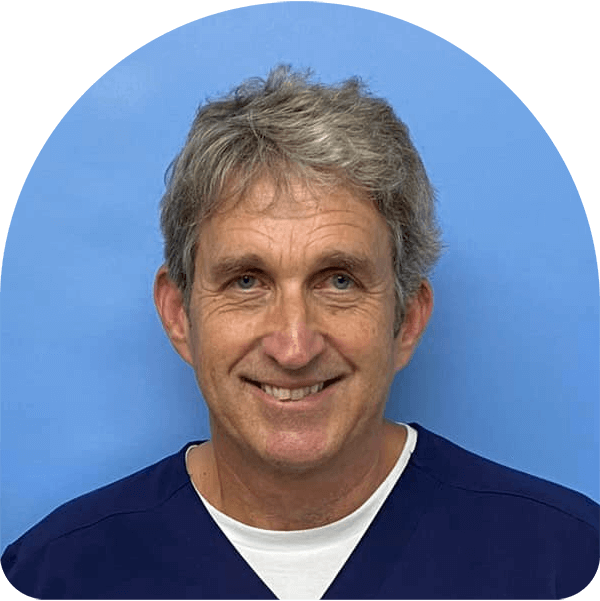 BDSc (QLD)
Dr Rick Robinson was raised in Ipswich Queensland. He graduated from the University of Queensland in 1982. Rick worked for 11 years in Queensland health. He was district dental officer in Atherton, dentist in charge at Ayr and Caloundra hospitals.
Rick joined the Cooroy dental practice in 1993 and has been the principal dentist for the last 15 years. Over his 20 years at Cooroy Rick has built up a strong following of patients who are all treated with courtesy and respect.
Rick and Linda raised their 3 sons in Cooroy and have been involved in the community especially in a variety of sports. Together with playing sports Rick is an avid reader with a special interest in history and Australian authors. Rick and Linda enjoy their rural lifestyle and have no intention of leaving this beautiful part of Australia. 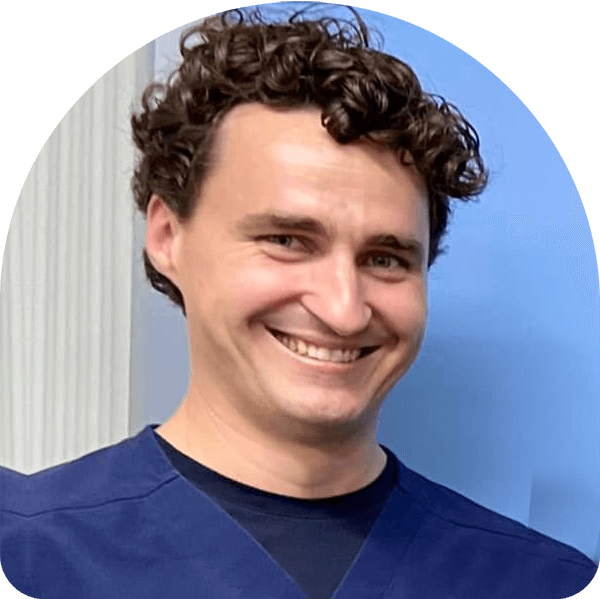 BOHDScGDipDENT MClin Dental
Andrew was raised in Cooroy and is the eldest of three boys. He attended Cooroy State Primary School and Good Shepherd Lutheran College in high school.
Andrew graduated from Queensland’s Griffith University in 2013 where he attained an award for academic excellence. In 2018, Andrew completed a masters degree in clinical dentistry specializing in oral surgery from Griffith University and in 2021 completed a graduate diploma in oral implants from the University of Sydney.
His special interests include oral surgery and implants, but also provides comprehensive general dentistry treatments. Andrew’s outside interests include tennis and golf and he is an avid follower of most sports. He also enjoys bush walking and hiking. We are proud to welcome Andrew to his family practice. 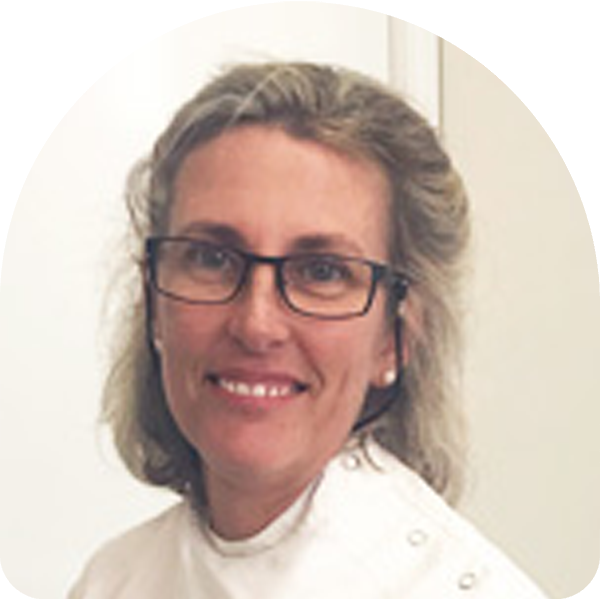 BDSc(SYD) Hons
Special areas of interest
Restorative dentistry and preventative care, particularly:
– Building up the worn dentition
– Periodontic and preventive care
Education and Experience
Dr Bronwyn Ahern graduated with honours from Sydney University in 1987. Like all Cooroy Dental Surgery practitioners, Brownyn invests considerable time and effort in continuing education. This ensures that you benefit from contemporary, up to date knowledge and technology. After graduation she worked in private practice in Merimbula, NSW, relocating to Central Qld in 1988. After several years of working in Mackay and Rockhampton, she relocated to the Sunshine Coast and settled in the Cooroy area.
Dr Ahern has worked in hinterland since 1996. In 2017 she joined the opportunity of working at James Cook University in Cairns, supervising students. She is also registered with RAHC and enjoys occasional isolated rural locum opportunities. Bronwyn lives in the Mary Valley with her husband and enjoys the rural life of ​the ​hinterland. 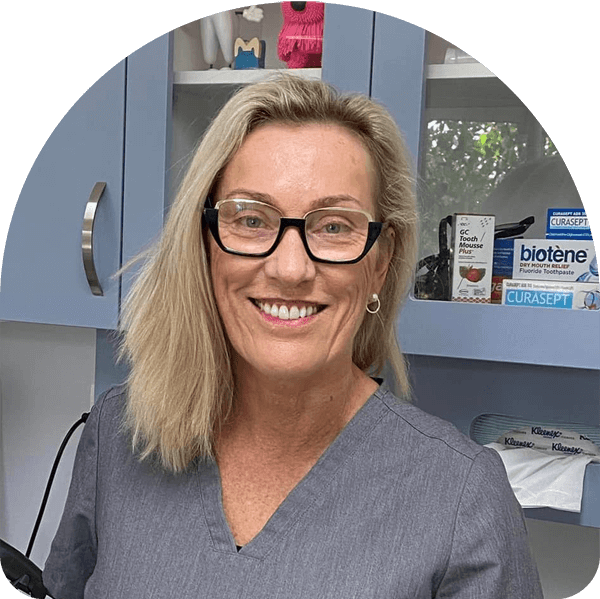 BDS (Lond)
Ginny graduated with a Bachelor of Dental Surgery from Guys Hospital London in 1985. After working in private practice in the UK she spent two years working for the American Army in Berlin Germany as a dentist in the children’s department. She has been on the Sunshine Coast for 25 years caring for many families over that time. She has a special interest in comprehensive exams and enjoys all aspects of dentistry especially composite aesthetic work and advanced restorative care.
She is very passionate about creating a caring environment and providing the best possible results. She continues to remain up to date on the latest treatments and techniques to create the best outcome for each individual patient. When not in the surgery Ginny will be enjoying time with her four adult children. She likes to stay healthy walking, swimming and practicing yoga. She recently became a partner in a wellness and yoga company who specialises in retreats for clinical staff focusing on self-care. Ginny welcomes all new patients to the surgery. 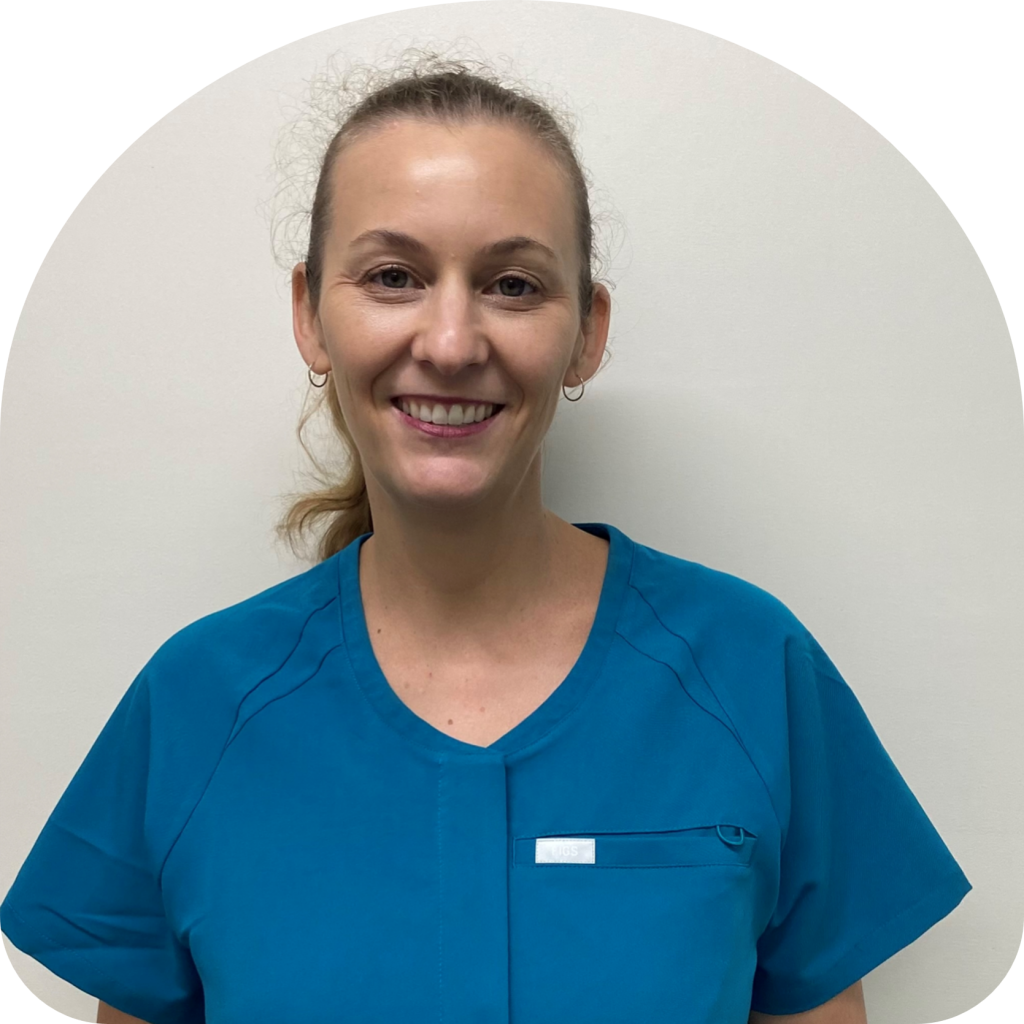 Dr Leesa Aukett graduated with a Bachelor of Dental Surgery with Distinction from Otago University, New Zealand, in 2003. Leesa relocated to Queensland with her husband in 2006, quickly making beautiful Noosa their home and has since been a dentist in Noosa Shire. Leesa is a caring dentist who enjoys providing all aspects of general dental care with an emphasis on a preventive approach and especially enjoys the long-term professional relationships she forms with her patients, many of whom date back to her arrival on the Sunshine Coast. She performs cosmetic procedures and oral rehabilitation (crown and bridge and implant restorations) as well as white composite dental fillings and finds oral surgery (dental extractions) and endodontic treatment (root canal) quite satisfying.

Leesa takes the time to get to know you and what you hope to achieve through dentistry, whether prompt emergency treatment, maintenance of your teeth for comfort and function, or an aesthetic transformation to achieve a perfect white smile. Leesa is also experienced in providing treatment of obstructive sleep apnoea with mandibular advancement splints as an alternative to CPAP.

As the mother of a school-aged child, Leesa enjoys providing dental care to our littlest patients. Leesa successfully helps both children and dental phobic patients reduce their fear of dentistry to have their dental treatment in more comfort. When she is not working or attending the latest dental courses, Leesa can spend time with her family, who are learning to surf and roller-skate together. Leesa enjoys a strong connection with our local community and is often involved in volunteer projects. 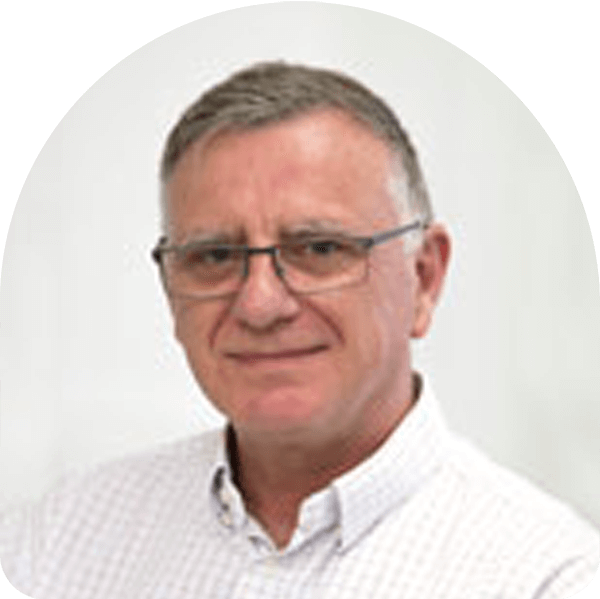 Adv.Dip.DP(Qld)
Robert grew up in Melbourne and attended Trinity Grammar School. He attended the Royal Melbourne Institute of Technology and worked under the guidance of a dental surgery for four years, prior to completing his apprenticeship as a dental technician in 1982. Upon graduation, Rob opened a specialist metal partial laboratory whilst working for a crown and bridge laboratory in Collins Street, Melbourne. In 1988, Rob made the sea-change to Noosa and commenced working for a commercial dental laboratory in Nambour where he applied and extended his skills as a crown and bridge and metal partial denture technician. In 1994, Rob commenced working at Nambour General Hospital, where he remains working full-time.
In 2007, Robert qualified as a Dental Prosthetist through the South Bank Institute of Technology, Brisbane. He commenced working for Sunshine Coast Oral Health services as a Dental Prosthetist as well as providing prosthetic services to Cooroy Dental Surgery. He currently provides prosthetic services and advises student dentists and new graduates with regards to clinical prosthetic procedures. Rob currently works in Gympie, Nambour and Noosa for Queensland Health and provides prosthetic services to the patients of Cooroy Dental Surgery on Wednesdays.
Rob enjoys being a prosthetist. He has an in-depth understanding of aesthetics as well as function. Rob works with the other dentists in the practice and has the ability to integrate complex treatment plans with highly regarded final outcomes. Rob welcomes all new patients to the practice and looks forward to restoring your smile. 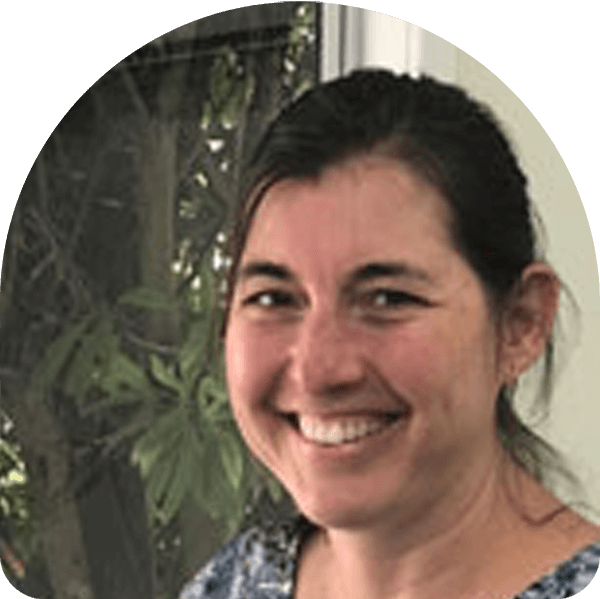 Dental Therapist
Megan was raised in Nanango, Qld and graduated in 1998. Megan moved to the Cooroy area 2 years ago after living at a ski resort in the Snowy Mountains with her family for 5 years. She is an avid skier!
Megan regularly works in the Northern Territory, flying out to remote Aboriginal communities to provide dental services. Whilst in community she has the privilege of treating many kids, catching a few fish and steering clear of the crocs!
Megan’s many years of experience has given her an understanding of providing quality care for children. She is passionate about treating children and sees kids from 4-16-year-old. Megan believes that making dental experiences enjoyable for children will create lifelong healthy habits without a fear of dentistry. She enjoys working with families to prevent future oral health issues. 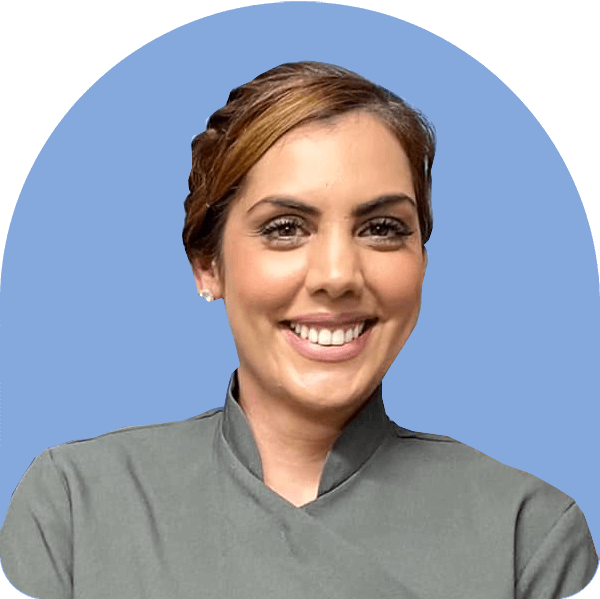 Oral Health Therapist , Hygienist
Shari is a Sunshine Coast local who started her career as a Dental Assistant before graduating as an Oral Health Therapist with a Bachelor of Oral Health from CQUniversity Rockhampton in 2018. As an Oral Health Therapist, Shari provides the patients at Cooroy Dental Surgery general oral review, oral maintenance and gum disease therapy. Shari and her husband have a young son and run a Ballroom Dancing Studio on the Sunshine Coast. She enjoys dancing, fitness, cooking, recreational aviation and being a mum. Shari welcomes all existing and new patients and endeavours to assist in improving their oral health condition with a focus on prevention and patient education. 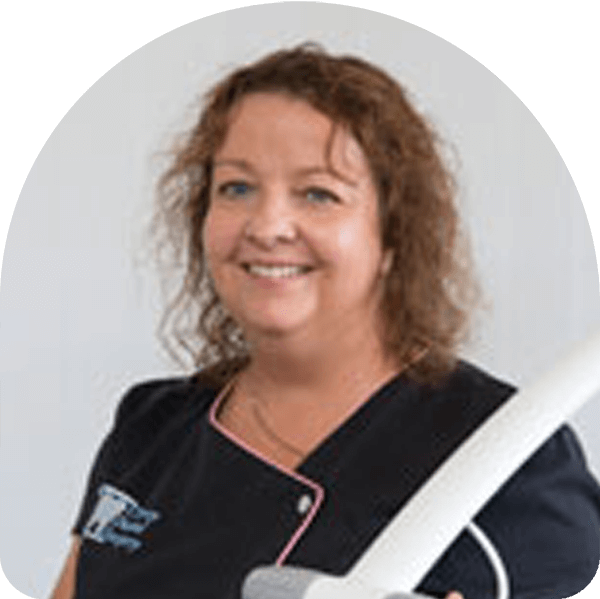 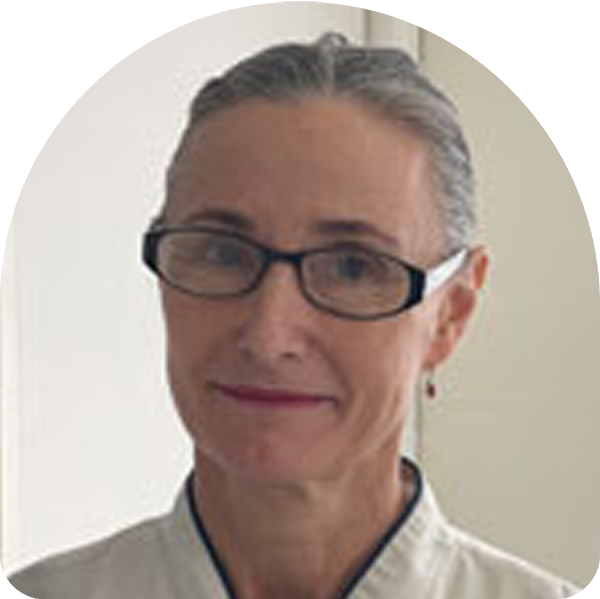 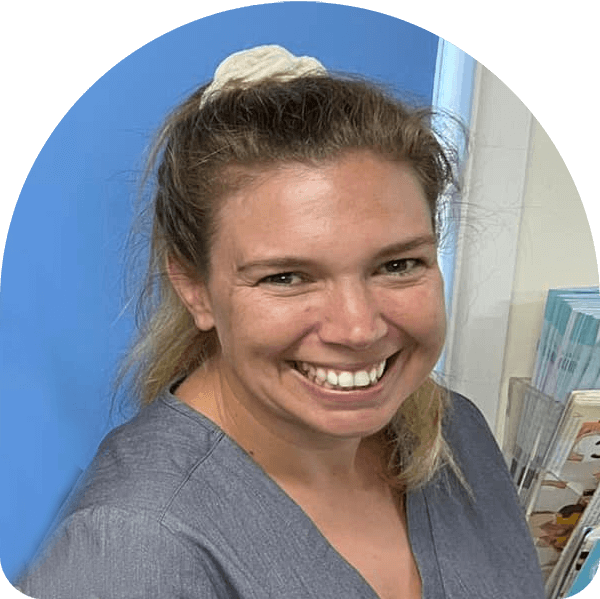